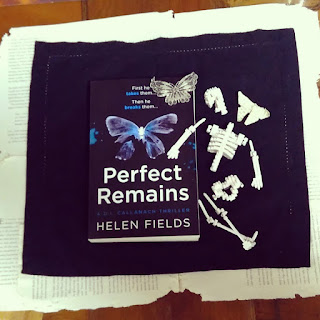 DI Callanach may have been born in Scotland, but his heart lies in France, where he lived from the age of four. Following a stint in Interpol, Callanach transfers to the country of his birth, to work in the Edinburgh Police. While Callanach deals with being an outsider to the force, his appointment also comes amid a gruesome murder of a local lawyer, in which the only evidence is her charred corpse, a bloody scarf, some teeth, and a baseball bat.

Soon, more women are abducted, and more bodies are found. The victims appear to be unconnected, with the exception that they are well-reputed in their respective careers. Callanach needs to find the killer before other women disappear, but without an idea of where to start, and with hindrances from his own team, this is easier said than done.

I never miss a chance to get my hands on a murder mystery, and so I was especially excited by this one – if you like your plots polished and your crime crafty, you’ll fall in love with this book. Perfect Remains by Helen Fields is a real treat. Not giving up any of its secrets and plot twists until the end, the suspense does not disappoint. Fields’ array of unique characters is brilliant - an unusual male protagonist torn between cultures and geographies, and haunted by his own demons, firmly stands his ground amid strong, independent women – proving that Fields lacks neither imagination. Perfect Remains is a great read for anyone looking for an adventure, and uninterrupted time with a book you’ll refuse to part with. The worst thing about Perfect Remains is that it features a chapter from the next book in the series – a teaser through and through, because once you’ve read it, you have to endure an agonising wait before getting your next fix. Sneaky, Helen Fields, sneaky! (I like it).

Get a copy and prepare yourself – stylish horror and splendid detective work await. Like me, you’ll be left wanting more.

Perfect Remains by Helen Fields is published by avon, an imprint of Harper Collins, and is available in South Africa from Jonathan Ball Publishers.
No comments:

Email ThisBlogThis!Share to TwitterShare to FacebookShare to Pinterest
Labels: featured, murder most foul

Review: The People at Number 9 by Felicity Everett 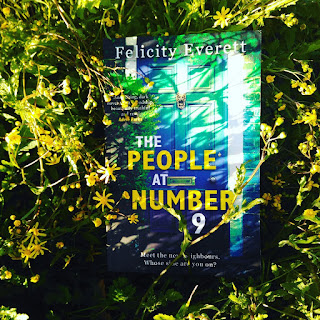 Sara and Neil have new neighbours. The run-down house next door is now home to Gavin and Lou, an artist and film-maker, respectively, and their children. While the new couple may not conform to the neighbourhood’s view of what a family should look like, Sara finds herself drawn to their carefree lifestyle and passion. Neglecting other long-standing relationships and judgements, Sara and Neil find themselves immersed in a new world of art, liberation and creativity. However, when their amended behavior no longer conforms to that of their artistic friends, the relationship begins to sour, and Sara takes note of all that is wrong with her previously brilliant new friends. Tensions arise and relationships take strain in an effort to put wrongs to rights.

While one can’t help but cringe and think “first-world problems” throughout much of the book, The People at Number 9 remains a highly enjoyable read. Sara is certainly not the most likeable character, with her intrinsically skewed moral compass and tendency to embody everything that is wrong with the middle-class, yet her downfall is precisely what gives the book its charm and addictiveness. You may want to slap the main character, but you won’t want to put the book down to do it.

The story serves as a crucial reminder to be true to oneself, and not be swayed by the views and opinions of others. As our protagonist is consumed by obsession and a desire to change who she is, we’re reminded of the perils of this way of thinking and acting. Of even greater importance is Felicity Everett’s illustration of all that can go wrong in a life without integrity and honesty. From simple misunderstandings and yearnings, a plethora of irreversible damage arises.

The People at Number 9 by Felicity Everett is published by HQ, an imprint of Harper Collins, and is available in South Africa from Jonathan Ball Publishers.
No comments:

Review: The Child by Fiona Barton 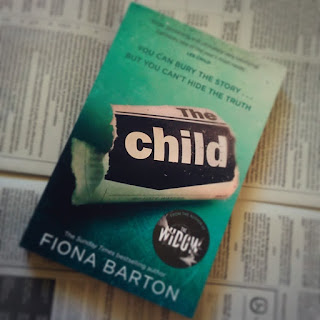 Kate Waters may have a huge story. In a world where digital reigns supreme and the drug of choice for public interest is gossip and celebrities, she feels the need to prove that good journalism is still possible. After her interest was piqued by a sliver of news concerning the discovery of a baby’s skeleton at a building site, Waters decides to investigate and learn how anyone in their right mind could discard a baby in such a manner. And she’s not the only one moved by the story. Angela, whose newborn infant disappeared years ago without a trace, hopes for possible closure and clings to the possibility of the baby being hers. Emma, who spent her childhood in the neighbourhood of the discovery, worries what else will be found when the baby’s story comes to light.

Waters dedicates her time and resources searching through the past, in an attempt to find the mother and the story behind the child. She soon realizes that the baby’s bones were not all that were buried – with them, secrets begin to emerge in a twisted web of lies that illustrate that the past is not always as clear cut as we think, and that some truths refuse to be buried.

There is a beautiful nostalgia in the world of The Child – set in the same universe as The Widow (Barton’s previous and equally excellent novel), it allows for a familiarity despite the new characters and incredible new plot. Perhaps her own past in journalism is the reason for Barton’s obvious and immense talent at story-telling, and certainly accounts for change of perspective of the media – here is a journalist who isn’t a total scumbag. Kate Waters is an excellent reporter, but she’s also deeply caring, craftily brilliant and absolutely relatable. It is impossible not to admire this character and cheer her on, editor and naysayers be damned.

I cannot level enough praise for The Child – from suspenseful story to unpredictable twist, with a dash of the macabre, it has it all, and I dare you to try pout it down once you’ve started (I certainly couldn’t have, even if I had wanted to). Five stars for The Child; get yourself a copy post haste.

The Child by Fiona Barton is published by Penguin Random House.
No comments: 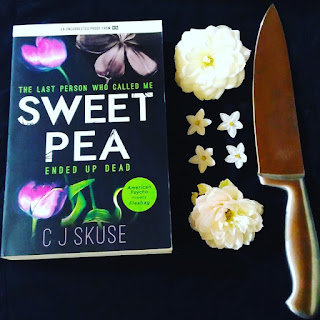 Following a gruesome massacre at her daycare, Rhiannon was the sole survivor amid a score a children’s corpses. However, she was struck in the head with a hammer, and since then her brain has been different. After several years in therapy, and relearning how to walk and talk, Rhiannon has perfected what she calls The Act. A boyfriend, job and group of friends ensure that The Act is maintained – a play of being normal, conventional. However, underneath her perfected exterior is a murderous mind inclined to violence, and fueled by an ever-expanding kill list. When opportunities present themselves, Rhiannon’s two worlds collide, and The Act has intervals of murder.

Sweet Pea is a bubble of conflict. While it is refreshing that the story features a female lead hell-bent on murder and discord (as Rhiannon herself admits – nobody suspects a woman), our protagonist lacks depth. Where there could be sneaky psychology, there is a bombardment of crass swearing and language, a fixation on sex, and a one-dimensional rage that together provide the feeling that the author is trying too hard to make a female a killer, and unhinged at that. Sadly, Rhiannon’s execution and thinking seem forced and contrived, redeemed only by an immensely clever plot with unexpected twist. While the character leaves much to the imagination, the execution of her dastardly deeds is pure brilliance – had Rhiannon been different, this book would have been on another level.

Sweet Pea remains enjoyable – a good way to pass the time, and heralds a first – albeit shaky – in the presentation of a female bad guy.

Sweet Pea by CJ Skuse is published by HG (an imprint of Harper Collins) and is available in South Africa from Jonathan Ball Publishers.
No comments: 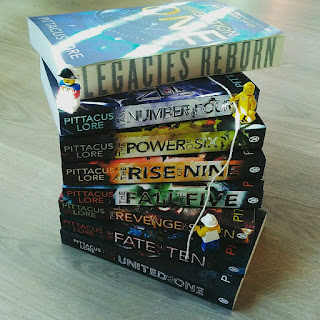 I am Number Four. The Power of Six. The Rise of Nine. The Fall of Five. The Revenge of Seven. The Fate of Ten. United as One. This is the Lorien Legacies Series by Pittacus Lore, and it is brilliant. After overcoming my confusion that the books (unlike the characters within them) were not in numerical order, I fell in love with this series.

The planet Lorien was destroyed. Amid its final moments, the Elders sent nine children (the garde) and their adult protectors to Earth, in the hopes that they may continue the Loric way and prevent the demise of Earth in the future. Unfortunately, the Mogodorians, destroyers of worlds, have followed the garde to Earth, and their plans for destruction are unwavering. While the garde develop legacies (superhuman abilities) to assist them in the coming war, they need to also be trained and work together with Earth to prevent the planet’s demise.

John Smith (Number Four) is next on the mogodorian’s hit-list. His attempts to blend into humanity are unsuccessful, and his best friend and girlfriend discover his secret, but are willing to help him. He has to find the other garde now, before it’s too late.

This series literally has a little of everything; love, war, betrayal, war, supernatural abilities, aliens, triumph of good over evil, temptations of corruption and immense power, and a heck of a lot of fun. Not your average YA, Lore deals with complex scenarios and adult themes through exceptionally gifted teens who remain just that – their frailties, inexperience and hormones are what make the series more tense and endearing.

The series is not just exceptionally action packed, but nerve-wrecking (literally, I chewed several nails down to the quick) and completely absorbing. It’s an emotional rollercoaster, no doubt, but it’s one you want to be on; trust me. The narration switches between the protagonists, so is never stale or predictable, and the multiple voices provide an intimate aspect to an otherwise global story.

Read it. Weep, rejoice, cringe, scream and love. But read it. 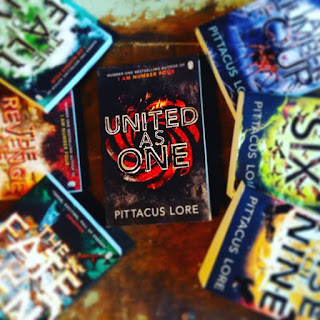 The Lorien Legacies Series by Pittacus Lore is published by Penguin Random House.
No comments: