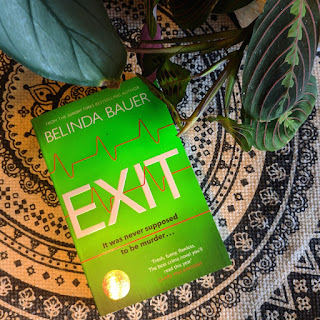 The last couple of years of Felix Pink’s life have been hell. After his son loses his battle against cancer, it’s just Felix and Margaret, until she passes, too. Now it’s just Felix and his dog, Mabel. At seventy-five, he knows he doesn’t have much time left, but he’s using it well. You see, Felix is an Exiteer. He works for a company that ensures other families don’t suffer the way he did – they accompany terminally ill patients to the afterlife, to ensure the dying are surrounded by a calm, respectful presence. It’s not a job for everyone, which is why Felix understands when his partner, Chris, resigns.

But when Felix sees his new partner, 23-year-old Amanda, he has doubts. And when she accompanies him to her first job, things go terribly wrong, but it’s not just her fault. Shockingly, they helped the wrong person Exit. They killed the wrong man. To make matters worse, it seems they were set up.

As Felix tried to navigate his new existence as a murderer, he also wants to make amends. Determined to make sense of the error, he starts to investigate, and discovers that there is far more to the sordid affair than he could ever have imagined.

Exit is an unexpected treat from the first sentence. Not only do we have an unconventional protagonist in the form of a boring and bumbling pensioner, but it’s so well written and so cleverly woven together that it made me wonder why more books don’t feature aged and unexpected protagonists. The world, or a life, can’t always be saved by an angsty teen with Hollywood hair.

But there’s more to a good book than a good hero. In Exit, Belinda Bauer has carefully woven together a complicated story that is so thoroughly edited it makes it near impossible to predict the ending – and I’ve made a lifelong habit of predicting the end to whodunnits. It’s beyond refreshing to not see how the entire plot will play out by Part Two.

Bauer is ticking all the boxes. Excellent protagonist in an impeccable story, complete with poetic prose and a gratifying dash of the macabre? There’s nothing to fault in this book. So what are you waiting for – go on and read it. Thank me later.

Exit by Belinda Bauer is published by Bantam Press, an imprint of Transworld Publishers, a Penguin Random House company. 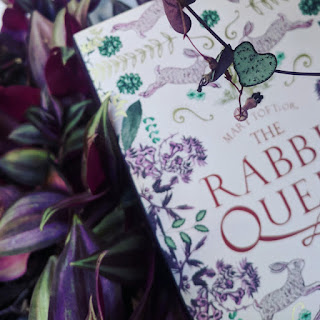 When young Zachary first became the apprentice to the village’s surgeon, John Howard, he had no idea how his life would change, and it all started when Joshua Toft came to the surgery to request assistance with his pregnant wife. Only, Mary Toft showed no signs of pregnancy and recently suffered a miscarriage.

Nevertheless, John and Zachary agree to pay the woman a visit. What they see changes everything. From the womb of Mary Toft, John Howard delivered a dead rabbit. Days later, she births another one. And another. Soon, John has no choice but to call for reinforcements from London, and once the city finds out about a country woman who births rabbits, the case is elevated to celebrity status. The king himself requests that Mary Toft travel to London, where she’ll be cared for by a team of the best medicine men. And that’s when everything goes wrong.

The Rabbit Queen is more than just a clever story – this is based on fact. For that reason, the events are all the more unbelievable. In retelling Mary’s struggles, Dexter Palmer has recreated history, and altered it to be sheer perfection. With beautiful prose and oodles of intrigue, this book literally takes your hands and guides you through old England, and all the excitement and magic that the country held.

We’re also given a first-hand insight into the evolution of medicine and belief, in an epic battle between science and religion, and the men that champion both. As Mary’s story unwinds, the line between fact and fiction blurs deliciously, until we’re also taken in by the amazing events that are unfolding. The Rabbit Queen takes history and improves it, to give a truly impressive story that will have you on the edge of your seat until the last page.

The Rabbit Queen by Dexter Palmer is published by Little Brown, an Hachette company, and is available in South Africa from Jonathan Ball Publishers.