Review: The End of the Ocean by Maja Lunde 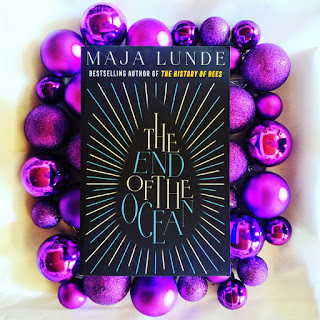 After a lifetime and career spent protecting nature from humanity’s selfishness, Signe realizes that she’ll never come to terms with a changing world in which each generation robs its children of their natural surroundings. But she can try to make a difference. With that in mind, she decides to undertake a final act of protest. Despite being nearly 80 years old, she sets out on a perilous solo journey across the ocean, to interrupt the destruction of a glacier near her childhood home. But as she contemplates the dwindling ice, she can’t escape her memories of the immense love she lost, the family that rejected her, and the childhood she so desperately wanted to escape. Now, armed with her boat and her determination, she seeks to make a change.

Two decades later, and humanity’s biggest fears have been realised: the environment has been destroyed. As a drought spreads across the globe, David and his family have no choice but to flee their home in search of salvation and water. Yet in the panicked moments of their departure, David loses his wife and son, and all that remains of his former life is his young daughter, Lou. As conditions worsen and the prospect of doom creeps ever nearer, the pair discover an abandoned boat, and with it, hope.

Despite not quite hitting the 400-page mark, The End of the Ocean is an expansive novel that hides a universe between its covers. Between a heartfelt call for humanity to ease its selfish destruction of the environment and the blossoming of hope and love in two families, Maja Lunde has presented a terrific escape. Not only is this book well-written, but it is engaging, poetic, and poignant. In fact, it’s hard to consider the earth’s future as it is represented in this book as ‘dystopian’. The dried-up husk of an earth that Lunde warns of is already a growing reality, making The End of the Ocean less a work of heart-racing fiction and more of a dooming prediction. To prevent our doom, we must change, and this book is another in a long and vital line of literature that begs us to do just that.

The End of the Ocean by Maja Lunde is published by Scribner, a Simon and Schuster company, and is available in South Africa from Jonathan Ball Publishers. 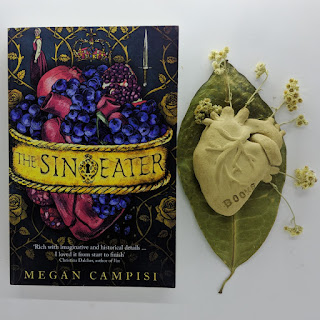 May Owens always considered herself a goodly girl, and yet she is in prison. Orphaned, starving, and without options, the young woman’s hunger forced her hand. And while her fellow cellmates are sentenced to various grisly punishments, her crime of stealing a loaf of bread receives an entirely unexpected punishment, and the price is a heavy burden indeed.

For her crime, May is sentenced to be a Sin Eater; a woman cast out by the society that branded her to take upon her body the sins of the dying. For each sin named, there is an accompanying food that must be eaten before the dying can return top the Maker. Yet the reward for the Sin Eater’s task is thankless – they may not be touched, spoken tom, or looked out – they are the incarnation of sin, and they are feared and hated throughout the land.

Despite the awful punishment, and the loss, confusion and anguish which follow it, May tries her best to adjust to her new life under the silent and hostile gaze of the town. However, when the new Sin Eater accidentally uncovers a royal scandal that could change the very nature of her life, she must decide the best path to take; break her vow and speak up, or maintain her silence and her duty while people die.

There’s something darkly seductive about The Sin Eater. Between lines of dancing prose dwells a story that’s as shocking as it is intriguing, in which the world as we know it has been tweaked and shaped into a dazzling story about life’s unseen horrors. Campisi presents a belief system that it skewed, and a royal bloodline plagued by dissent, jealousy and murky secrets. Here, history is unreliable, witchcraft is blossoming, and religion is a many-faceted monster that causes as much good as it does pain. And yet the system remains unchallenged, fostering a sense of discomfort which builds throughout the narrative, culminating in well-earned pity for the protagonist, as well as a roaring anger at the multiple injustices of the world – both fictional and not.

The Sin Eater by Megan Campisi is published by Mantle, an imprint of Pan MacMillan.