Review: The Only Child by Mi-Ae Seo 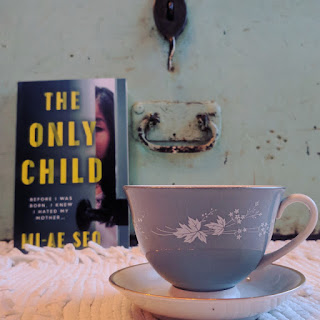 Seonkyeong is in the prime of her life – newly married, with a promising career in lecturing criminal psychology. Perhaps this is why she receives an unexpected phone call from the Director of the Association of Criminal Psychology. He explains that a recently arrested serial killer, who has not said a word in custody, has requested an interview with her. Having never met the murderer, Seonkyeong is baffled as to his request, but agrees to help the Director and the police by conducting the interview and finding out where the other victims are.

However, the first interview does not go to plan. Seonkyeong leaves after only a few minutes in the maximum-security prison, feeling dejected. When she returns home, she’s met by another surprise; her husband has brought his daughter Hayeong to live with them.

Hayeong, whose mother had died recently, was living with her grandparents until a fire broke out in their building in the night, killing the elderly couple. For such a young girl, Hayeong has faced immense loss. Seonkyeong decides to do her best to give the girl a loving home, and prevent any psychological distress. However, Hayeong’s emotions are so unpredictable, and she flies into such fits of rage, that her new step mother begins to wonder if there’s more to the young girl’s loss than they realise. Unable to connect with Hayeong or make a breakthrough with the incarcerated killer, Seonkyeong feels a failure on all fronts, until a sudden revelation places her not only in the know, but in immense danger.

It’s been a long time since I last encountered a book with such tension, that was so immense yet so carefully crafted. After finishing the last page, satisfied and bleary-eyed in the early morning, my mind was still reeling with the story. The Only Child is as excellent as it is unpredictable, making it both exciting and riveting. Mi-Ae Seo has cleverly woven together two stories that, on the surface, share no common thread. As we jump between a fragile child and a hardened killer, Seo emphasizes her skill in documenting human cruelty and the terrible scars they leave. Her characters are unique and incredibly real, emphasizing a sense of realism an eligibility, and leading to immense emotional involvement. Seo’s work has a darkness about it, fueled by the many secrets hidden by the characters, which is richly offset by action and unexpected tenderness. This book is truly a work of art.

The Only Child by Mi-Ae Seo is published by Point Blank, an imprint of Oneworld Publications, and is available in South Africa from Jonathan Ball Publishers.
No comments:

Email ThisBlogThis!Share to TwitterShare to FacebookShare to Pinterest
Labels: #FoodforThought, #themoreyouknow, five stars, highly recommended, mindf*ck, murder most foul, who REALLY did it? 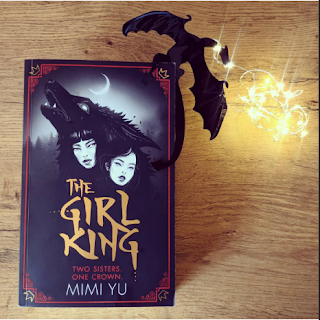 Princess Lu, known as the Girl King, is poised to take over the empire from her father and be the first female emperor in history. However, on the day that her succession is to be announced, she’s blindsided by the announcement that she is to be married to her cousin, who will be named the emperor. Despite this disappointment, Lu refuses to accept defeat, and challenges her suitor to the right to the crown. However, before the challenges commence, the emperor is murdered, and Lu is blamed. She has no choice but to go on the run, as the entire royal army is after her.

While on the run, Lu meets up with Nok, a young man with a strange secret and stranger past, who is willing to help her retake the throne and uncover the plot which led to her father’s murder.

Meanwhile, Lu’s suitor cousin remains focused on the throne, and to secure his place as emperor, immediately marries Lu’s younger sister, Min. Yet Min is also carrying a secret – unknown to her, she is the key to a foretold prophecy, and the bearer of magic with a dangerous destiny. With the help of her new husband and his faithful monk, Min seeks to discover the full extent of her powers, in order to wage war on the North and secure a power her husband can only dream of.

Led on different paths, both sisters travel North on their separate missions, where prophecy, magic, and birthrights are pitted against each other in the ultimate fight for the crown.

The Girl King is an epic adventure filled with magic, wonder and myth, and it captures the reader’s imagination from the first page. Apart from being beautifully written, this story is monumental and moving – within its pages are magic and possibility, and there’s never a dull moment. Complete with elements of the fantastic, the romantic, and the unpredictable, here is something for everyone. If, like me, you felt a sense of loss after finishing this, then be cheered – it’s just the first in a series, and I cannot wait to see what happens next.

The Girl King by Mimi Yu is published by Gollancz, an imprint of Orion Publishing, and is available in South Africa from Jonathan Ball Publishers. 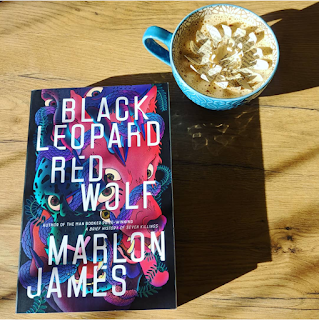 Tracker has a valuable skill – he can find literally anything if he follows his nose. Together with a magical protection that ensures that no weapon made of metal can kill him; he is the ultimate tool for those who have something to find and money to find it. After years of finding lost spouses and criminals, his skills are put to the test by a slaver who tasks him with the task of retrieving a boy who is lost to this world. Together with a gang of misfits including shapeshifters, witches and half giants, Tracker goes in search of the child. However, his party soon discovers that this is no ordinary search; the boy’s whereabouts are tied together with myths and legends of mad kings, vampires, and the undead. To find the boy, Tracker must enter into the unknown, following only his nose.

Black Leopard Red Wolf is dark, raw and powerful. The prose reads like song lyrics, lulling you into a hypnotic state in which you need to read more. Akin to Greek epic, this is an elaborate, intricate world featuring a complicated plot with myriad characters. An amalgamation of interwoven stories that overlap, contradict, or combine to form a staggeringly large narrative.

However, the sheer size and intricacy of the plot has its drawbacks; this books requires dedication, particularly as it can become repetitive as events are dissected and explained from multiple viewpoints - it’s difficult to find your bearings at points, as we’re shuttled across time and space within the span of a few pages. In addition, Black Leopard Red Wolf is filled with sordid details that will put off the faint of heart. However, if you’ve the patience to wade through this book, you will be rewarded with magic.