Review: An Ocean of Minutes by Thea Lim 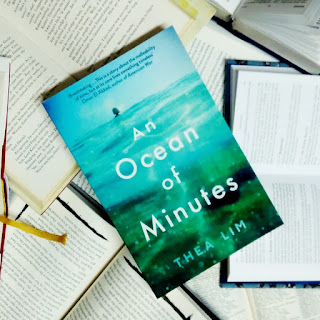 It’s 1981 and Frank and Polly’s love story is just starting. In the euphoria of pre-wedding bliss, the couple decides to go for a weekend getaway to New Orleans. Unfortunately, a wrong turn leads them to Texas, but they take this in their stride and make the most of it. Even the country-wide flu epidemic can’t dampen their spirits. However, when Frank becomes ill and tests positive for the viral disease, they find themselves quarantined in a strange city with their only hope an immensely expensive treatment that neither young lover can afford.

In a desperate attempt to save Frank, Polly considers her only option; become an employee of TimeRaiser, a company that offers the medical benefits that will save Frank, and her love with him. The position requires Polly to travel to the future and use her unique skillset in a new job. When she wakes, 12 years will have past, but this is a sacrifice she is willing to make given the alternative being Frank’s death. Despite their plans in place to find each other and continue with their lives as before, Polly awakes five years later than expected in a new, strange world in which her only anchor is Frank. She just needs to find him.

An Ocean of Minutes is a pleasantly unusual romance. Between scenes of heart-breaking beauty and emotional turmoil, the narrative includes fantastical feats such as time travel and a slowly invading dystopian landscape, revealed inches at a time. In a world that was ravaged by disease and large-scale death, the notion of romance seems a luxury to everyone but Polly. She is an intruder into a disorganized system, forced to submit to its rules and stuttering improvement. While 18 years passed slowly and painfully for those around her, Polly was thrust immediately into a different era, where everything is unrecognizable save her love for Frank, and her determination to be reunited with him. As far as stories of lost loves as concerned, Thea Lim has effectively rewritten the genre, and made her narrative as tense as it is beautiful. In the blink of an eye and passage of nearly two decades, Polly is transformed from a woman in love to a woman who is lost and fighting the world to regain her place in it.

This book is lovely, refreshing, moving and incredibly tense. I can guarantee tears, nail biting, sorrow and joy, all in a single sitting. It speaks to Lim’s power as a story teller and skillful craft that one story could encompass so many emotions, and so much possibility.  While I highly recommend this book, I feel I should give all readers fair warning; your heart is about to be simultaneously torn asunder and mended – prepare for an emotional journey.

An Ocean of Minutes by Thea Lim is published by Quercus, a Hachette Books company, and is available in South Africa from Jonathan Ball Publishers.
No comments: 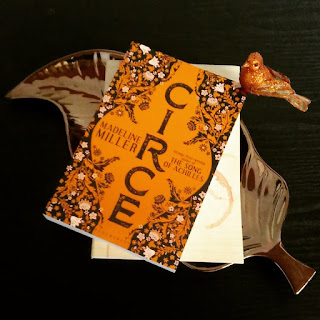 The golden eyes of Helios, the sun-god, have been caught by the beautiful naiad, Perse. Yet before allowing him the pleasure of taking her to his bed, Perse extracts from the god a promise of marriage. Thus, as wife to a great Titan, Perse gave life to four children. The eldest child, daughter Circe, seemed unremarkable and dull against her shining siblings. Circe lacked the grace of the nymphs of her line, and the powers of the gods. Shunned by her family, she nevertheless endured, shrouded in the shadows of her father’s great hall.

While she lacked the skills and powers of her parents, Circe’s desperation and isolation lead her to a craft feared even by the gods; witchcraft. Casting her first spells also cast her fate, and Circe was exiled, destined to fade into obscurity and suffer her loneliness. Despite this, her freedom from her family allowed her to test her powers and grasp greatness in her own hands.

There is an undeniable talent in taking a story as old as any of the Greek myths and breathing life into it to tell it anew. Circe’s history is obscure and shadowed by the achievements and tales of others; indeed, she is best known as the witch that turned Odysseus’ men into pigs. However, Madeline Miller provides Circe with tales of her own – she is now the creator of stories as multifaceted and rich as all the jewels in Olympus. Here is a witch who defied the gods, embraced love, and steered her own fate in every endeavor.

Circe is a love story to the ignored; the forgotten. It encapsulates the immense power of myths – the drama, the anger and the impossible feats and journeys, while ensuring that our protagonist appears more real than any of her contemporaries. Miller’s narrative all but leaps off the page to take the hand of the reader and guide us through ancient history. Circe is an old myth recast in a stylish, contemporary shell, and begs to be read. This story is a gift for any refused to explore the ancient tales of mythology. You have only to pick up the book, and by Miller’s hand, Circe will do the rest. An old world discovered anew beckons; come.

Circe by Madeline Miller is published by Bloomsbury, and is available in South Africa from Jonathan Ball Publishers. 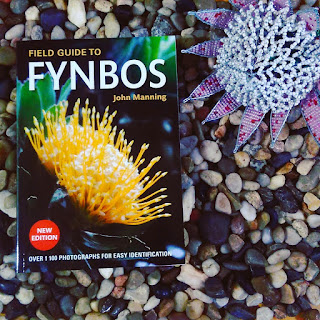 I am likely biased, as someone who has a love of Fynbos and lives in the Western Cape of South Africa, but this is the most useful book I’ve seen in quite some time.  John Manning’s Field Guide to Fynbos is a revised edition of his previous book by the same name, and it is perfection. As the cover boasts, there are over 1100 photographs contained within these glossy pages – and oh my, are they sharp, clear and beautiful. Yet what it does not boast is how thoughtfully and practically these images are arranged.

Field Guide to Fynbos is organized firstly by colour for ease of finding a plant or flower, and also includes the area to which each plant is indigenous, as well as other clarifying factors such as flower shape and number of petals. It is the easiest book that I have ever used to identify flowers quickly and accurately, and I am in awe; John Manning has made my job as an aspiring botanist that much more easier and so much more fun.

In addition to its ease of use, Manning includes a history of fynbos (it’s a floral kingdom of its own, you know!) as well as a general list of fynbos characteristics by geographic region, the importance of fire in the plants’ reproductive cycles, as well as the soil types and topographies in which the various blooms thrive. Basically, this book has literally everything you need in order to become a fynbos professional and be the envy of your outdoorsy friends (and those friends who dwell in cities and are unfortunate enough not to be surrounded by the plants). I am absolutely in love with this book and have no doubt that it will be in any backpack I wear while hiking, walking, or just stopping to smell the flowers.

The Western Cape is truly rich in its fynbos diversity, and to not take the time to appreciate that is doing yourself a disservice. Go bos with this book - get outside (book in hand) and learn about your surroundings, and maybe have an extra copy for gifting, because this book is perfect for anyone.

Field Guide to Fynbos by John Manning is published by Struik Nature, an imprint of Penguin Random House South Africa.

Review: Children of Blood and Bone by Tomi Adeyemi 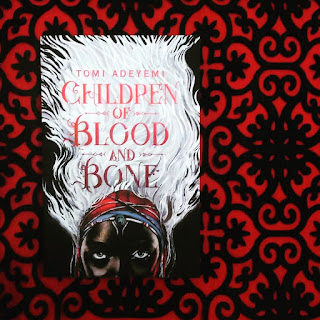 Zélie has lived her life in fear. When she was a child, her mother was brutally slaughtered in The Raid, at the hands of the king’s men, for being a Maji. With her mother’s blood flowing through her veins, Zélie would have been destined to follow in her path, had the king not killed magic along with those who practiced it. However, it seems that more is needed to silence the gods who gifted Maji their powers tan one king’s hatred, and there is a chance that Zélie can bring the magic back. With the help of her brother and an unlikely ally in the king’s daughter, Zélie must risk her life to save magic, and restore peace to the kingdom.

It’s been a long time since I was so immersed in a book; left feeling so at home and wrapped in comfort, while heartbroken and somber at the hurt experienced by others. The attention to detail is phenomenal; here is an entire world created with a history as rich and dark as its future is bright. The phrase ‘epic journey does this book no justice whatsoever, this is a universal voyage, and it is perfection.

Children of Blood and Bone is mesmerizing; such a delicate, intricate plot that is completely arresting and consuming, with characters that are as real as you or me; growing, learning, evolving. It’s nothing short of pure magic. Yet it is beyond magic; it is all the suffering, despair and hatred of our reality mirrored on paper, yet fuelled by hope, inspiration and love. It is a literal embodiment of all that is going wrong, and all that can go right, if only we seize hope, peace and love. This book is powerful, and more necessary than I am able to describe.

How do you get so much emotion – such depth of feeling – into the covers of a single book? It seems an impossible feat, yet Adeyemi accomplishes this with effortless grace. It’s an emotional rollercoaster in the realest sense – tense, exhilarating and unforgettable. I lost count of the innumerable tears shed while reading his books – Tomi Adeyemi, you broke my heart and built it anew, and for that I thank you.

Children of Blood and Bone by Tomi Adeyemi is published by Macmillan Children’s books, an imprint of Pan Macmillan.
No comments: