Review: Hello, my Name is May by Rosalind Stopps 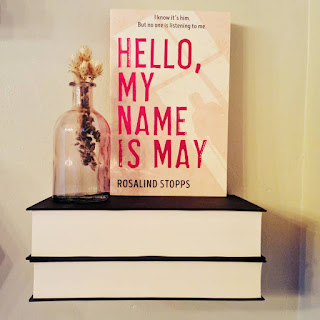 May had a stroke. The ambulance people inform her that they only got to her after two days, but she’s sure that can’t be right. There’s also the small problem of not being able to speak – every word May attempts comes out as a pitiful dribble of spit. On top of that, her body won’t listen to her anymore; her muscles have a mind of their own, and it’s all about rebellion. She is trapped, a prisoner inside a half-functioning frame that limits her every action. The only option left for May is to retreat into her mind, and into the past.

May spends a great deal of her time recalling her life – wondering what she could have done differently, how she could have been better. As if the restrictions on her body were not punishment enough, she’s taken to beating herself up mentally, too.

However, a new purpose presents itself with the budding relationship between her friend, Jackie, and an eerily familiar and somewhat sinister man by the name of Bill, who reminds May a little too much of her abusive ex-husband. Determined to warn Jackie and prevent another relationship defined by abuse, May needs to get her body and her mouth to agree on a single purpose; to stop the past repeating itself.

Hello, my Name is May is a decidedly uncomfortable read. Not because it is badly written or boring; on the contrary, it is a witty, sharp, and consuming narrative. No, this book causes discomfort because of the harsh realities it brings to light. From abusive relationships, psychological issues, neglect of the elderly, and a dark realization that some things cannot be controlled, Stopps highlights all the aspects of society which we generally try to avoid, in a single, glitzy expose. One can’t help but feel claustrophobic and useless and we experience May’s helplessness, and the reactions of those around her to any efforts to communicate. If Rosalind Stopps’ intention was to scare the reader, she’s hit the mark.

The contrast between this well-written and incredibly clever story and its dark subject matter is an unusual experience; the reader sways between the same emotions experienced by our protagonist - anger, sadness, frustration. This book is incredibly emotive and incredibly moving. Added to a unique story line, are several unexpected twists and a few shockers that will literally have you gasping out loud.

Rosalind Stopps has done a masterful job of highlighting the plights of various aspects of society – from the oppressed to the elderly – in a stark reminder to be thankful for what you have, and to live your life to the fullest. May is a figurehead of regret, and of things left unsaid and undone. After reading this book, you’ll want to do everything in your power to make sure you don’t end up like her.

Hello, my Name is May is like a YA novel for the elderly – is there a cute acronym for such a genre yet? Regardless, add this to the list of books you need to read soon; it’s eye-opening and a buffet for thought.

Hello, my Name is May by Rosalind Stopps is published by HQ, an imprint of HarperCollinsPublishers, and is available in South Africa from Jonathan Ball Publishers. 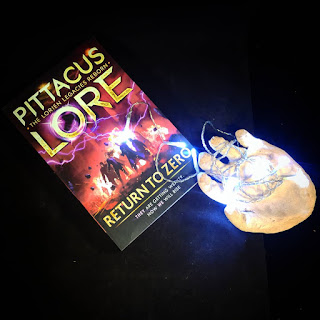 The kids at the Earth Garde Academy just can’t catch a break. Just when they return from a dangerous mission, before the grime and blood has even been washed off, there’s a new threat; this time, from within their own ranks. When the Academy’s controlling body attempts to replace the leadership and implant Inhibitor Chips into the brains of all the students, it’s no surprise that there’s an uproar. With factions forming between the students and staff, and the uncertainty of who to trust seem to push the Academy to tipping point, all hope seems lost. Luckily for the Garde, and for the reader, it’s at this moment that John Smith – Number Four himself – arrives to help. With him is something none of the Garde have seen before – a repentant Mogodorian, seeking tot rain among the Academy’s students.

Return to Zero is the third installment of a second series of books by Pittacus Lore. You’d think with so many books before it, there’d be precious little to fill another volume. You’d be wrong. The idea of Legacies (or superpowers, for those not in the know of Lore’s linguistics) adds infinite possibilities to the series’ narrative – each new book features previously unheard-of powers, adding a richness and unpredictability to the world of our teenage heroes. This time round, there’s the idea of a body-snatching religious extremist to content with. Never a dull moment when Lore is involved.

Despite the new characters and situations introduced in this book, it is also the first of the new series to fully bring us back to the characters of the first series, giving it a warm nostalgia and feeling of coming home. Frustratingly, the questions which remained unanswered at the end of the last book, such as the whereabouts of key characters from the first series of books, are still lingering - there are hints that these will be addressed in the next book. Yes, you read that correctly, there’s more waiting to be done! However, that’s not really a problem for those of us with patience – Return to Zero still has enough action and intrigue to keep even the most critical fan entertained.

So if planet-hopping adventures bolstered by aliens, superpowers, and teenage angst are your jam, this book (and the series as a whole) promises to be right up your alley. If you’re not a fan of these various themes and quirks, you’re just difficult to please. Do yourself a favour and read them anyway.

Return to Zero by Pittacus Lore is published by Penguin Random House. 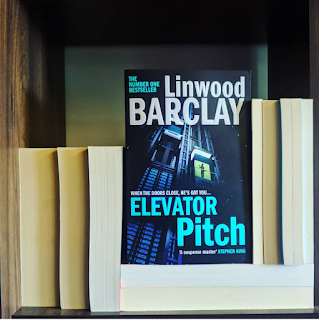 It would be safe to say that a murder would be the low point of your week. However, for the New York Police Department, this murder is just the start of a nightmare. Following the appearance of an unrecognisable corpse on a Sunday, the city is also victim to an elevator accident on Monday. And again on Tuesday. And Wednesday. With evidence that the elevators have been tampered with, and the possibility of the entire city being a target, Manhattan is basically on lock down. In an area with so many homes and offices above the ground, without elevators, chaos erupts.

Barbara Matheson, a journalist with a penchant for pointing out the failings of the mayor, could easily use the elevator crisis as fuel for her column. However, when she starts to see a pattern between the incidents that leads back to the mayor, she must overcome her distaste for him, swallow her pride, and warn him.

I know what you’re thinking (I mean that I hope that I know what you are thinking – there’s no way to be sure, I’m no psychic) – just how can a thriller be set on an elevator – besides the possibility of going into free-fall, or getting stuck, is there anything really dangerous about it? If I hoped correctly, and you’re nodding at my pseudo-psychic ability to make deductions, I am pleased to tell you that we were both wrong!

Elevator Pitch is gritty, dark, and immense fun. I thought, pretty early into this story, that I had it all worked out, went to far as to allow myself to consider that I’d predicted the ending. I am delighted to inform you that I was way off the mark. It turns out, Linwood Barclay has an immense skill; the ability to blindside. Satisfying and sexy, this book hits all the marks. Elevator Pitch is a great addition to the thriller genre; it’s a next-level ride that will leave you floored.

Elevator Pitch by Linwood Barclay is published by HQ, an imprint of HarperCollinsPublishers, and is available in South Africa from Jonathan Ball Publishers.