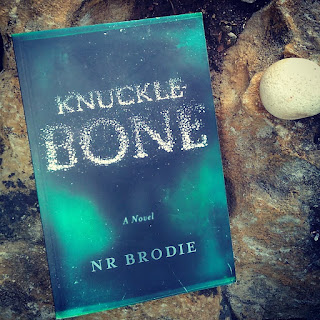 Ian left his days as a cop behind him, and is now a student; research has overtaken crime as his primary daily focus. However, when he's on a routine call out at the security company that is helping him gather research for his paper, things go awry. A panic button heralds two young men in an apparent robbery, in which one of the duo is pronounced dead on the scene. Yet when questioned, the deceased arrested partner falls into a diabetic coma. yet according to a nurse at the hospital, the young man is afflicted by more than low blood sugar. she tells Ian and Captain Reshma Patel that their suspect has been possessed.

Soon enough, the duo discover that the young man was training to be a sangoma, and that dark deeds previously isolated to urban legends and stories are, in fact, real. In uncovering the young man's history, from magic and mayhem through to muti and money, Ian and Reshma find themselves immersed in a world as far removed from ordinary policing as they could ever imagine.

I was initially hesitant to read anything that promised to marry a traditional detective drama with magic and demons, yet there's no beating around the bush here: NR Brodie has married the two in a union of literary perfection! Knucklebone is as dark and macabre as it is shocking and brilliant, and so cleverly and artfully written that the reader can hear the characters' voices in their head, and feel the goosebumps that appear after a particularly gruesome discovery among the pages. This book is sheer literary brilliance, and creates an immensely enjoyable, albeit horrifying, world.

NR Brodie artfully weaves a story of the ordinary in a backdrop of the extraordinary. Hers is a world in which magic and dark deeds dance beyond the notice of her characters, and yet the power of the inexplicable is both attractive and unavoidable. Furthermore, Brodie's characters are likeable and Sout African without being subjected to horrible bouts of colloquialisms and cliches. Brodie may really be heralding the start of fresh South African literature that honestly and seriously delves into the culture, myths and realities of this amazing country. Don't call yourself a true bibliophile if you've not read this, because it's brilliance begs to be read.

Knucklebone by NR Brodie is published by Pan Macmillan South Africa.
No comments:

Review: The Wife Between us by Greer Hendricks and Sarah Pekkanen 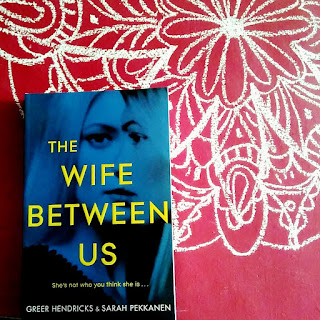 Nellie has met the perfect man; the pre-school teacher and part-time waitress has met a real-life Prince Charming. Richard is attractive, successful, rich, and sweet; he’s almost too good to be true. Through their whirlwind engagement, Nellie can’t believe her luck. While she knows that Richard’s last relationship ended badly, with an unpredictable ex-wife, she is sure that her relationship will be different. Yet when Nellie fails to fall pregnant and give Richard the family they’ve both dreamed of,  Nellie discovers the marriage require as much work as any other job.

Vanessa had a perfect marriage. Richard was everything she’d imagined in a partner and more. However, over time their relationship began to crumble, and soon Vanessa finds herself facing the prospect of losing Richard to a younger, perkier woman; her replacement. Desperate to prevent the inevitable, Vanessa is prepared to go to any lengths to stop another woman entering the life she was forced to leave behind.

In a flurry of perspectives and spanning multiple time frames, The Wife Between Us is nothing short of a literary accomplishment; it’s detail, complexity and plain excellent story make it an amazing read – one of the best of the year thus far. This is a narrative with style, that’s clever and imaginative. You need to read it.

The Wife Between Us is an incredibly polished, intricate story with a brilliant plot that’s as riveting as it is unpredictable. The sheer number of twists and unexpected events made it not only impossible for me to put this book down, but also impressed me immensely. To provide a more in-depth review would be a disservice to both reader and authors – you’ll need to read this book for yourself to uncover the surprises that await you.

The Wife Between us by Greer Hendricks and Sarah Pekkanen is published by Pan Macmillan.
No comments:

Review: The Collector by Fiona Cummins 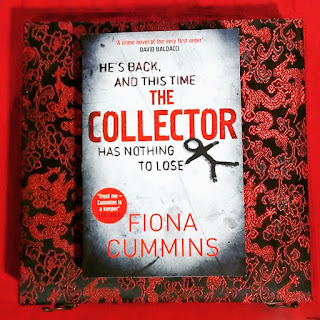 Brian Howley escaped police custody. While he has vanished, so too has the knowledge of where Clara, a kidnapped 5-year old, has been hidden. DS Fitzroy is more desperate than ever before to catch The Collector, and finally bring him to justice.

Unperturbed by his narrow escape from the police, Howley seeks to begin a new collection, and yet the signature piece remains the skeleton of Jakey, a six-year old with Stone Man Syndrome, and the twisted bones which result from it. After following Jakey’s family across the country to shadow their fresh start, Howley appears to have fate smiling on him, for not only is Jakey within reach, but The Collector has discovered an heir to his dastardly enterprise.

The Collector picks up immediately after the conclusion of Cummins’ first novel, Rattle, but remains a good stand-alone story if you’ve not read the prequel (though I urge you to read both). The continuation of the narrative cements this fictional world of dark deeds into the reader’s mind, which together with moving characters and a bold plot, make the story addictive and easy to read. Usually, one finds that continuations of a series can mean that the integrity of characters and stories erode over time, with each sequel slightly less impressive than its predecessor, but not so in Fiona Cummins’ world. Here, The Collector surpasses Rattle, and yet both are undoubtedly fun and excellent reads. That, in itself, is quite an achievement (and I don’t think I’ve experienced that before). In addition, Cummins’ shows her ability to display characters who have enough weight to be interesting a second time around. Read the books together, or read them apart, but you’ll definitely love every page.

Is escapism is what you’re after, you’ll enjoy this trip down the rabbit hole.

The Collector by Fiona Cummins is published by Pan Macmillan