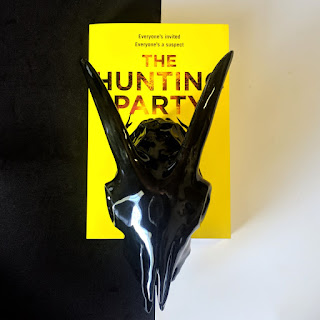 In a tradition that started a decade ago in their Oxford days, a group of friends spends every New Year together. Emma, the newest member of the group, has planned the perfect getaway to a luxury lodge in the Scottish Highlands, called Loch Corrin. As the only one without the common ties to the past, Emma finally hopes the lodge will be the key to her being fully accepted into the group. Isolated and serene, the destination seems the perfect place for the group to reconnect and unwind.

However, with so much history comes many secrets, and the evolving group dynamics introduce a tension which the champagne and music can’t seem to break. When one of the group goes missing during a snowstorm, the friends are on edge. When the body is finally found, the police can’t make it to the lodge in the blizzard, and the group is trapped with a killer. With a murderer among them, the friends have no idea which of them is guilty.

The Hunting Party is intrigue and suspense from the first page. Through a great narrative and impressive visuals, Foley immediately creates vivid scenery and characters that are exceptional and tangible – with flaws and imperfections nestled carefully behind perfectly knotted ties, and perfectly applied lipstick. With secrets a shared tether, the loss of one of the group threatens to unravel everything. The connections between the friends have become superficial and aged, and each of them have a reason to kill.

It seems crass to say a murder can be exciting, but Foley has done just that – brought excitement back to the crime thriller. Through a narrative that is carefully split between before and after the murder and the myriad views of the characters, we are left as uncertain about the culprit as the group of friends themselves. This tension builds throughout the novel as more transgressions are revealed, colouring the entire group a murky shade of guilty. Foley beautifully illustrates that growing up isn’t always easy, or pretty, and that a friendship comprises more than just shared history.

In a style akin to Agatha Christie, Foley has penned a delicious thriller that you will have you on the edge of your seat from start to finish. Dark, gritty and full of surprise, this is one of the best reads of the year.

The Hunting Party by Lucy Foley is published by Harper Collins, and is available in South Africa from Jonathan Ball Publishers.
No comments:

Review: The Suspect by Fiona Barton 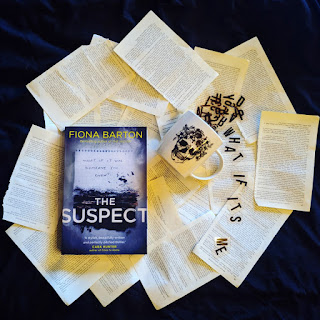 Kate Waters is a professional at uncovering the truth and getting to the bottom of stories, yet this time, she’s not the one covering the story – she is the story. When two British teenage girls go missing in Thailand, the police are not inclined to take it too seriously – teens in foreign countries go missing all the time, only to reappear hungover and embarrassed. However, when Alex and Rosie are suspected of having been involved in a devastating fire in the foreign country, an investigation begins in earnest.

With Kate wading through the slowest time of year for journalism, she is keen to cover the story of the two girls, hoping for something newsworthy. However, when it is uncovered that Kate’s son may have been a witness to the fire, Kate’s professional interest evolves into a consuming need to find her child, and with him, the truth.

Fiona Barton has a unique talent for keeping her stories in the same universe, with familiar characters, yet able to be read as stand-alone novels. This aspect of her writing makes all of her novels feel personal – the reader becomes an insider into the world of crime, and crime reporting. Another strong skill which Barton brings to the party is the unexpected twist. Throughout the story, in which we’re given a peek into the world behind the newspapers and online articles, we accompany Kate as she meticulously pieces together the story of what happened – with facts as her fodder, she’s an impressive researcher.

While the first half of the book is somewhat slow (an unfortunate side effect of needing to build a narrative around a duo of teenage girls), the second half is like a shot of adrenalin – you’ve got to keep your wits about you, or you’ll miss something vital.
Barton’s story-telling is the type to make you want to avoid responsibilities (like your job) to finish the book. The reward for this dedication is that the ending is exactly as satisfying as you hoped it would be.

The Suspect by Fiona Barton is published by Bantam Press, an imprint of Penguin Random House.
No comments:

Email ThisBlogThis!Share to TwitterShare to FacebookShare to Pinterest
Labels: #FoodforThought, epic journey, featured, highly recommended, who REALLY did it? 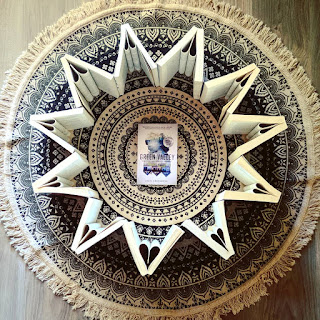 Two children have been found dead. However, they were from Green Valley, so the police aren’t going to do anything about it, with the exception of Lucie. She’s a cop with invested interest in the case; her niece is in Green Valley.

The idyllic-sounding city has been independent of Stanton for some years, with the concrete wall separating the two extending to policing, justice and laws. Green Valley, with its technological advancement and virtual reality, might as well be another world, but that doesn’t stop Lucie from wanting to enter it to find the little girl. As the journey will be risky to both her career and her safety, Lucie can’t afford to enter Green Valley unless she’s absolutely sure of what she’ll find – or won’t find.

Green Valley is a portrait of duality from start to finish – its very name is the first hint of the creative sneakiness that’s to come; a lush wonderland heralded as a paradise is actually tucked away in a crumbling concrete bubble. Much to the delight and frustration of the reader, this war between what is and what appears to be plays out throughout the narrative; doubts about the characters and situations filter through to the forefront of the reader’s mind constantly.

Green Valley is a very clever, very eerie reminder that ugly truths may lie beneath a beautiful veneer, and that the image of happiness is not happiness itself. In a thoroughly modern yet ageless epic, our protagonist must wander the world in the search of the ultimate prize –truth. As Greenberg effortlessly demonstrates, seeing is not always believing, and the fine line between technological advancement and physical destruction is not always visible. This is a story that is slick, action-packed and thrilling; a marriage of suspense and horror, with a carefully crafted crime story on the side. All that’s left to ask is whether this book is a futuristic prediction, or a prediction of the future.

Green Valley by Louis Greenberg is published by Titan Books, and is available in South Africa from Jonathan Ball Publishers.
No comments:

Review: In the After Light by Alexandra Bracken 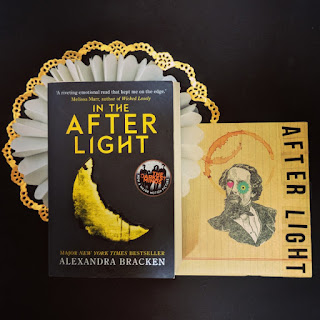 Ruby is the key to bringing down the government and finding the cure for the abilities that plague the country’s youth, and she’s not sure she’s ready for it. After forming an alliance with Children’s League’s top agents, Ruby is ready to fight; ready to release the children still in camps, and end this era of oppression. Yet being in a warzone is taking its toll – with the deaths of close friends, crumbling infrastructure, and enemies in plain sight, it’s unclear who she can trust. The only certainties that remain are her feelings for Liam and her desire for liberation – but at what cost?

Bracken has made maturity and rationality the forefront of her young characters – they are capable, determined and passionate young people with an enormous responsibility upon their shoulders. Perhaps that is why this book is all the more heart-breaking. Youths with stolen childhoods are forced into warfare; to grow up before their time and see the darkest aspects of life. As a reader, and as an adult reader specifically, you become so emotionally invested in the characters, hoping that they will get their happy ending – it’s a clever device to ensure engagement with your audience.

Reading a series like this, it’s no surprise that it has been picked up by Hollywood for a film version – the characters are likeable with enormous depth for their limited years, and the plot is exciting, emotional and filled with action and intrigue – there is literally something for everyone (and on that note, the romances and associated warm fuzzies offset some of the heavier aspects of the novel). It is a fun, insightful read that manages to critique elitism and discrimination, while still being thoroughly enjoyable.

In the After Light is a satisfying conclusion to a series full of tension and intrigue, in which the reader is witness to the growth and evolution of fascinating characters. It is a satisfying ending to our heroine’s epic struggle, and leaves you with a pang of nostalgia on its completion.

In the After Light by Alexandra Bracken is published by Pan Macmillan.
No comments: