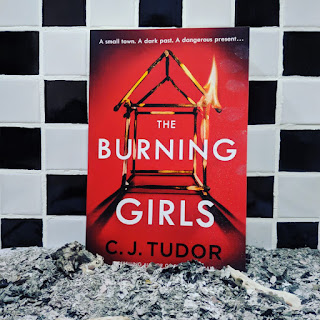 After Reverend Jack Brooks leaves Nottingham following an unfortunate incident among her congregation, she is transferred to the small town of Chapel Croft. With a teenage daughter in tow, Jack worries how they will adjust to the village, which is steeped in superstitious history and myth. However, from their first day in Chapel Croft, both Jack and her daughter Flo can’t shake the feeling that the odd occurrences in Chapel Croft are more than just superstition – someone has to be behind it. Not only is Jack receiving threatening notes, but Flo has been having strange vision of burning girls, and her growing paranoia is spoiling the only friendship she’s yet to make.

Soon, Jack finds herself delving into the village’s past to come to terms with its history, and the strange events set into motion by her arrival. More than anything, she wants to keep Flo safe and away from harm, no matter the cost. But how much can a reverend do when faced with a possible murderer?

The Burning Girls hits all the right notes to be a great book. An excellent and twisted narrative is enhanced by well-written prose and just a sprinkling of horror and the supernatural. CJ Tudor has a talent for showing us the dark side of humanity, and making us enjoy it. This book will have your adrenalin kicking up a notch a few times, and it’s the best feeling in the world. Not since the likes of Stephen King have thrillers been so nuanced and edgy, and it is marvelous. I cannot wait for my next hit, so I really hope Tudor is holed up somewhere in an office hunched over her keyboard, because the world needs more of what she has to offer. 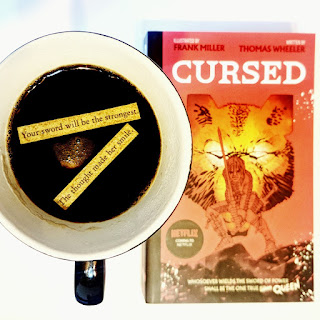 After being attacked by a dark force as a child, Niume has always been an outcast among her own people, despite her mother being the Arch Druid of their particular Fey clan. However, when Niume is selected to be the clan’s next Summoner – the one who communicates with the magical Hidden – her fellow Fey can’t hide their resentment. In response, and to escape the unwelcome responsibility, Niume decides to leave her village and its magic behind her.

However, amid her plans for departure, the village is attacked by the fierce Red Paladins – a religious sect intent on eliminating all the Fey clans across the country. As Niume watches her childhood home burn around her, her mother tasks her with a final mission – to take an ancient sword to the wizard Merlin.

As Niume begins her journey, she realizes that the sword hides more than just a bloody history – like her, it is filled with magic, and together, it may just be the saving grace of the Fey, if only Niume can prevent it being taken from her.

The story of Arthur and the sword Excalibur may be well-known, but you’ve never seen it like this. With a fresh feminist twist, and a large helping of magic, this book is a treat from the first page. Cursed isn’t a retelling of Arthur’s adventures as much as it is a re-imagining of the events preceding the story we know so well, and it is glorious. Niume is the badass young female warrior we never realized we needed, while Arthur and Merlin, titans of the tales of old, have been whittled down to people rather than archetypes. Combines this with Frank Miller’s graphic novel-inspired lustrations, and this book is pure adventure from start, and nobody in their right minds should pass it up.

Cursed combines the comfort of the familiar, with a vibrant and expanded universe of the newly discovered. It’s everything you need in a good book, and I’d highly recommend you try it.

Cursed by Thomas Wheeler is published by Penguin Random House. 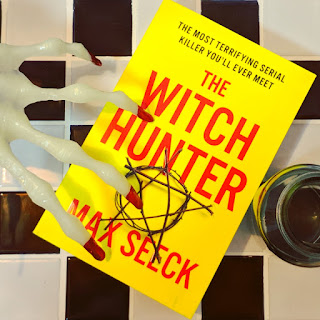 What started off as an unusual but straight-forward case for Detective Jessica Niemi soon spirals into a literal witch hunt. When famous fantasy author Roger Koponen’s wife is killed in the couple’s home in what seems to be a parody of a murder from his own books, Jessica’s team are at a loss. But then when more bodies start appearing, each matching a grisly scene from Koponen’s books, Jessica can’t help but notice an eerie connection between the murders, and her own life.

As Jessica hunts a twisted serial killer, she can’t help but wonder if these murders have something to do with her, and her own tragic past. Either way, then the team needs to catch the killer before Jessica herself becomes the next victim, and also while not revealing any of her carefully guarded secrets.

The Witch Hunter is a truly bewitching read, if you’ll pardon the pun. As you flit across the pages, you can’t help but wonder if Max Seeck hasn’t applied some magic of his own. From a carefully crafted plot and loveable characters, to prose that is beautifully crafted and doused with an intriguing macabre undertone, this book offers someone for everyone. The Witch Hunter is the perfect marriage of whodunit and horror, with just enough of the occult to get your heart racing.

The only problem with this book is that is ends too soon, and on a cliffhanger of sorts. While I’m already eagerly anticipating the next installment in what promises to be an amazing series, I can’t help but feel a little cheated that I didn’t get to spend more time with the characters. All that’s left to do now is try ignore my need for closure, and stalk Max’s social media for hints about a sequel, because the world needs to see way more of Jessica Niemi.

The Witch Hunter by Max Seeck is published by Welbeck Fiction Limited, and is available in South Africa from Jonathan Ball Publishers

Email ThisBlogThis!Share to TwitterShare to FacebookShare to Pinterest
Labels: #FoodforThought, epic journey, featured, horror, mindf*ck, murder most foul, who REALLY did it? 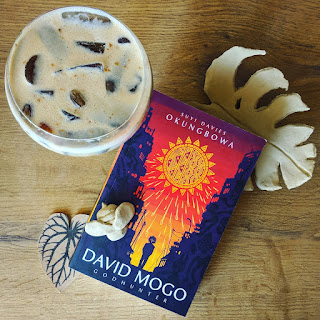 David Mogo is not like the other residents of Lagos. He is a demigod. However, since The Falling, when a divine war led to a number of godlings to fall to earth, he has become something else. Together with his adoptive father, an aged magician, David is an extremely effective Godhunter. His unique connection to the divine beings through his mother’s blood allows David to help the residents of Lagos evict the fallen gods, for a price.

Despite this, David and Pap Udi barely manage to get by. Soon, David finds himself in financial straits, and in desperate need of a few good jobs. So when he’s offered the task of kidnapping a set of twin gods by the powerful wizard, Ajala, David can’t help but be skeptical. Despite his foreboding, he accepts the job, only to be proven right. Ajala has bigger plans than kidnap, and unless David stops the wizard, the whole city will fall to ruin. Faced with an impending war, David finds himself turning to his mother, and ancient powers beyond his understanding, in the hopes of victory.

David Mogo: Godhunter is the definition of adventure. From the first page, the reader is immersed in a colorful world where the divide between the heavens and earth is awry, and it’s glorious. Not only is it refreshing to see an African country represented in a chillingly realistic post-apocalyptic light, but to have the continent as the centre of the action also allows for a glance into a new kind of myth, with an African twist. Okungbowa’s world is rich and vibrant, and so beautifully captured that one can almost smell the port of Lagos. And amid this whirlwind of beauty is a top-notch fantasy with a thoroughly likeable protagonist.

This book is not only entertaining and beautifully written, but it ticks all the boxes. It’s a fresh perspective on an old theme, and presents a much-needed change to the first-world countries we generally see in this genre. All that’s left is to find out if there will be a sequel, because I hope we haven’t seen the last of David Mogo.

David Mogo: Godhunter by Suyi Davies Okungbowa is published by Abaddon Books, a Rebellion Books company, and is available in South Africa from Jonathan Ball Publishers.