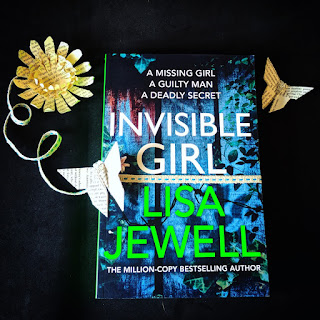 Saffyre Maddox hasn’t had an easy life. When she was ten, something awful happened to her that changed her forever. Now, as a teen living with her uncle, she’s just trying to get by. When, after three years of therapy, she is declared ‘cured’, Saffryre knows that’s’ not the case. While she struggles to come to terms with the fact that she’ll no longer see the therapist who made her life bearable, she takes to watching and following him, in the process discovering a horde of secrets, hiding unseen.

At the same time, Owen Pick, who lives across the street from the therapist, wishes he could be invisible. Not great with women, the 30-something teacher has never had a girlfriend and is a little on the quiet side. However, when an interaction with one of his students goes badly, he’s accused of inappropriate behaviour, and his world comes crashing down around him. So, when Saffyre goes missing without a trace, the police are convinced that Owen is responsible, if they can only prove it.

Invisible Girl is a thoroughly suspenseful book from the first page – it’s gritty, dark, and yet strangely hopeful while discussing a very real problem in society – the various types of non-traditional sexuality, and the stigmas, hurt and labels we associate with them. Not only does Jewell provide a welcome insight into a world of sexual misdeeds, but she balances this on a truly heart-warming story that centres around family, loss and acceptance. You may think it impossible for such opposing stories to marry together in a seamless wonder, but that’s exactly what Jewell has done. She’s presented a gripping page-turner that nevertheless gives you the possibility of a happy ending. It’s brilliant, and I’ve no doubt that anyone who reads Invisible Girl will fall in love, as I did.

Review: The Ditch by Herman Koch 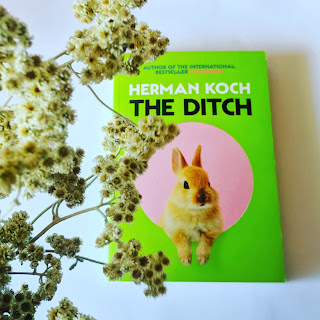 Robert Walter’s carefully constructed life is slowly crumbling around him. Despite being the mayor of Amsterdam, and popular in his city, Robert can’t help but suspect that his wife is having an affair with one of his colleagues. Though he has no proof or solid reason for the belief, when it comes to his wife, the mayor has been fostering silent inadequacies and jealousies for many years. It all started when they met, as Robert and his good-looking friend travelled across Europe. Surprisingly, unlike every other girl they’d encountered, she seemed to prefer Robert to his devilishly handsome friend, and he’s never figured out why. Years later, his insecurities suddenly flair to life when he sees her laughing with another man.

To make matters worse, Robert’s aging parents have just revealed that they plan to leave mortality behind them in a macabre pact, while a journalist has come into the possession of damning photos from his youth. It’s a bit of a shitstorm, and Robert is no sailor.

As he becomes more convinced of the conspiracies around him, his relationships and job suffer, cruelly morphing into a sick sort of self-fulfilling prophecy that leads Robert to wonder if he had been blind his whole life, only to really see for the first time, or if he’s finally going mad.

It seems impossible to think that a writer could take a mundane story into something sinister, conspiratorial and dramatic, but that is precisely what Herman Kock has made of Robert Walter’s story, and that, dear readers, is talent. The Ditch not only fits into the niche of the male mid-life crisis, but it reinvents it. Robert’s crisis of faith is about more than sex or politics or wealth – it is an animal need to realise one’s real place in the world, and to finally see the line between fiction and fantasy that can upend a life.

Littered with dry humor, wit and poignant social commentary, The Ditch is a true literary feast that is both entertaining and enlightening. It affords a curated glance into a world that proves that the world remains full of stories, even hidden behind the mundane, if only we can tell them well enough. Herman Koch has a unique talent to tell any story, and to do it brilliantly.

The Ditch by Herman Koch is published by Picador, an imprint of Pan Macmillan.