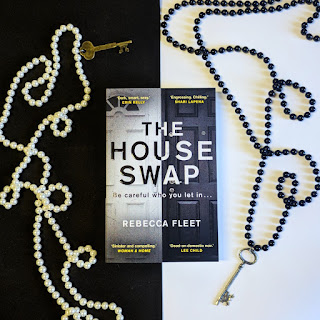 Caroline and Francis have hit a bit of a rough patch in their marriage. After a period of prolonged fighting, near divorce and an affair, the couple has decided to take some time together to go away and work on their relationship. With their young son in the care of Caroline’s parents, and a house swap arranged with a stranger in another city, they seem to be all set for a getaway that won’t break the bank, but could serve as a fresh start. However, Caroline finds herself out of sorts during their trip as small but consistent reminders of her past and her affair creep into her mind, spoiling any attempt at reconciliation with her husband. As she starts to wonder if there is more to the innocent but bland house they are staying in than meets the eye, she can’t help but recall her past, her reckless abandonment with another man, and the catalysts that almost ruined her marriage and her life.

The House Swap can only be defined as a sexy thriller. With a narrative laced with lust, mistrust and hair-raising suspense, there is no way that you cannot enjoy this book. A profound tension is built up throughout the novel as the reader is slowly exposed to Caroline’s infidelity, and inadvertently given the job of working out what exactly is wrong with a picture that seems, from the outside, to be idyllic. As Caroline fights to stay in the present, the reader fights to uncover her past. Sharp and witty writing accompany a fast-paced narrative that is as exciting as it is easy to read in Fleet’s offering of domestic noir and the suspense of the ordinary. With a final flourish in an unexpected twist, this book is a worthy contender among the myriad whodunits currently available, and speaks to Fleet’s creativity and skill.

The House Swap is an easy and addictive read that captivates and entertains, and I cannot wait to see more from Rebecca Fleet.

The House Swap by Rebecca Fleet is published by Penguin Random House.
No comments:

Email ThisBlogThis!Share to TwitterShare to FacebookShare to Pinterest
Labels: #FoodforThought, highly recommended, who REALLY did it?, WonderWoman

Review: The Silence of the Girls by Pat Barker 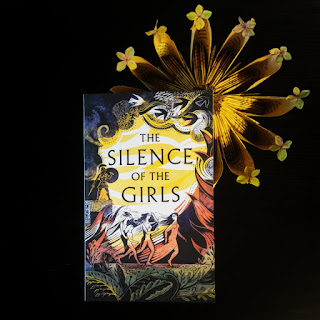 Silence becomes a woman. This was the mantra that shaped the childhoods of Trojan woman for as long as Briseis can recall. Once, she was a queen whose only concern was bearing an heir. Yet the Greeks put an end to that story when they sacked her homeland, and rewrote her narrative as Achille’s trophy and slave. Now, a prisoner in her own land and subject to the will of a fiery tyrant, she can do nothing but watch as the country she loves is torn apart by war, and her brethren face a bloody trip to Hades. Where silence was once becoming, it is now enforced.

Few myths are as well-known as that of Achilles, and so in undertaking a retelling of this epic tale – regardless of perspective, Pat Barker is committing to a daunting task. Despite this, she delivers a masterpiece of historical legend bedecked in contemporary finery – this is the story of the tortured bystanders; of the women behind the battles. The Silence of the Girls tactfully and creatively brings to the fore those who were cast into the shadows of great warriors, forgotten and ignored. This is the story of the women of Troy, forced from their homes and int the halls and beds of the Greek men who tore their lives apart. These girls are silent no more.

Barker’s mythology casts the Trojan war in a new light – that of slavery, oppression and suffering. Behind the polished shields and swords of history’s greatest heroes lies the bitter shadow of those defeated – the women whose families were butchered before they themselves were given as playthings to the conquerors, beaten, raped and humiliated, they were forced to accept their fate or face death and dishonor.

The Silence of the Girls delivers a profound message through poetic prose and vivid imagery, against a familiar background tinged with the unknown. Together, this careful weaving of old and new, and said and unsaid, make this novel not just an enjoyable read, but a vital voice to the disenfranchised women of the past.

The Silence of the Girls by Pat Barker is published by Hamish Hamilton, an imprint of Penguin Random House.
No comments: