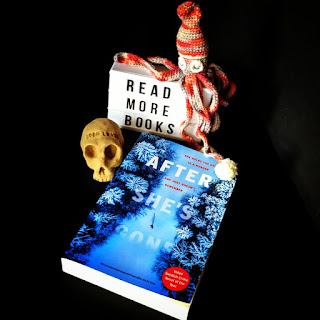 In the economically depressed town of Ormberg, amid the snow, a barefoot woman emerges from the forest, with no memory of how she got there. Before being rescued, she was spotted by a boy who was desperate not to be seen, and who cannot admit he was ever near the woods.

Malin has always been eager to leave Ormberg. With her career in law enforcement beginning to blossom and a fiancé who wants her to move to Stockholm with her, Malin thinks she’s finally left the town and its forest behind her, only to be called back for a murder investigation which dates to her own childhood.

Despite her longing to be rid of the town, Malin is the only officer able to navigate correctly. Known for its isolation, rurality and antiquated views, Ormberg is not an accepting or wealthy locality. When a pair of fellow officers goes missing, with only one of them returning amid increasingly suspicious circumstances, Malin realizes that this cold case might not yet be lifeless. It soon becomes clear that the key to the mystery lies with the missing officer, and Malin realizes that the town she’d long considered small and dull holds damning secrets.

After She’s Gone is a beautiful ode to history and to what once was, and to the dark events past that never should have been. Through a nuanced tale of families warped by prejudice, loss, or grief, Grebe manages to marry a dramatic saga with a first-class detective story. Using fiction as a commentary on consequences, expectations and breaking the norm, Grebe has produced a thrilling whodunit that’s both brilliant and creative. Fast-paced with mould-breaking twists, After She’s Gone is an adventure to read.

After she’s gone by Camilla Grebe is published by Zaffre, and is available in South Africa from Jonathan Ball Publishers.
No comments:

Email ThisBlogThis!Share to TwitterShare to FacebookShare to Pinterest
Labels: epic journey, highly recommended, mindf*ck, murder most foul, who REALLY did it?

Review: The Book of Joan by Lidia Yuknavitch 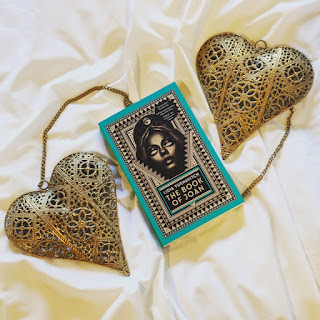 Earth is not what it once was. After a catastrophic series of disasters instigated during the war, all that remains of the planet is a burnt-out husk. Those who could afford it have taken to an artificial home in space, where their bodies are slowly acclimatizing and devolving – without sunlight, gravity or the ability to reproduce, people are shadows of their former selves, and the vast openness of space is just another prison. In the confines of this new world, human skin is the last home of the story, and skin grafts and scarification tell the tales that the world no longer can.

Joan of Dirt, the woman who triggered the Earth’s downfall during the war, remains alive. Despite the government’s claims to the contrary, she was not successfully executed, and her unnatural power to fight for the earth and unite people is every bit as potent as it was when the planet was flourishing. To keep the status quo, the government seeks her blood, but a group of grafted rebels seek to protect Joan and spread her story.

The Book of Joan is a piece of writing to which words can do no justice. This book is literally mesmerizing; magical and surreal, with a carefully crafted message delivered through poetry and wonder. The Book of Joan is beyond a narrative; it is a dystopia of the soul, it tears your heart apart and stiches it back together through a thoughtful retelling of a story as old as feminism itself, with an added allure of post-apocalyptic chaos and upheaval.

In addition, there is a delicious duality in the imagery. We are presented with a mirage of eroticism hidden among the true beauty in others – their minds. Yuknavitch cleverly demonstrates the power of words and charm. In her world, stories become a visible armor. Through this emphasis, the reader is left to consider what is left of humanity when our bodies are taken away – when are we more than our appearances?

This book is a superb and original time travel adventure carefully treading the line between the mythology of worlds past, and the technology of the future, in a present of destruction and rebirths. Read this and change your life.

The Book of Joan by Lidia Yuknavitch is published by Penguin Random House.
No comments: 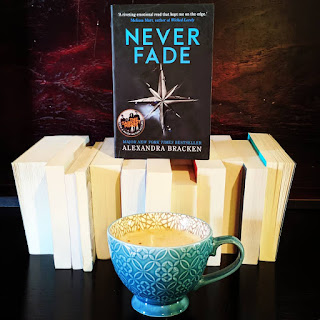 Ruby’s world is a dark place. Having sacrificed her history with Liam in order to protect him, she’s joined forces with the Children’s League to keep her friends safe and try free children still in camps. Still reeling from the events that led her to wiping Liam’s memory, and her own shaky relationship with her abilities, Ruby is stranded between desperation and guilt, keeping herself in check only through an inherent goodness and courage.

As Ruby and her friends learn that trust and betrayal are two sides of the same coin, and in their attempts to define normality, we’re taken on deadly missions and are granted insight into the twisted dealings of those with too much power and too little humanity.

Commencing immediately after Darkest Minds, the only problem with this book is that it cannot really be read as a stand-alone novel; without the immense foundation laid in the previous book, many of the events and characters in Never Fade will be difficult to follow, and ruining the reading experience. However, this series is so good that I fail to see any problem with reading the previous book, and falling even deeper in love with Bracken’s dystopic world. Bracken is crafting a world in which the underdog fights back, in which truth and humility are powerful weapons, and when the only thing that can stop us is our own fear. With such insightful content pieced into a brilliant and fun story, it’s no wonder this series is so popular.

The sheer emotional impact of this book is astounding – I dare you to keep your emotions in check while reading this – from fury on Ruby’s behalf and outrage at the treatment of children by the government to a butterflies-in-your-chest peek into a stunning and perfectly scripted romance, this book has something for everyone. Add to this the carefully crafted action and adventure of Ruby’s current predicaments, this is a solid all-rounder that will appeal to more than just fans of Young Adult.

Never Fade by Alexandra Bracken is published by Pan Macmillan.

Email ThisBlogThis!Share to TwitterShare to FacebookShare to Pinterest
Labels: #FoodforThought, bring snacks, epic journey, five stars, I'm not crying you're crying, who REALLY did it?, WonderWoman, YA

Review: The Boy Who Could Keep a Swan in His Head by John Hunt 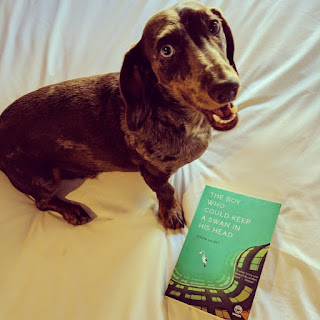 It’s 1967 in Hillbrow, and Phen is trying to find his place in the world’s narrative. A single child with a stutter that prevents him from making friends, Phen is too scared to voice the thoughts that chase themselves around his mind. Away from school, he seeks solace in books, and reading haltingly to his ailing father, while his mother slowly implodes. Moored between these two bleak islands, Phen is alone. Until one day, he suddenly isn’t. When Phen chances upon a strange man in the park, he is exposed to parts of the world he had never considered; friendship, possibility, and alternate endings.

There is a macabre nostalgia conjured through Phen’s experiences, lending gravitas to a story which deceptively appears to be straightforward. Hunt’s creation is a world in which childhood is neither innocent nor easy, and in which the jagged perspectives of youth are given more than just a courtesy coating of romance or angst. Hunt offers insight into a beautiful yet complicated transition from childhood dreams and expectations to a world in which endings aren’t always happy, but complicated by disaster and the unmooring of family.

The Boy Who Could Keep a Swan in His Head is a poetic orchestra of a narrative. Through Phen and his myriad books, we’re entertained with linguistic gymnastics; words literally paint a picture of a boy lost in books, curling himself around the letters to avoid a devastating reality. In accompanying Phen’s experiences, we’re in the front row of the rollercoaster that whips him from sadness, through loss, and towards determination and courage. This book is a superb example of South African literature, with memorable characters and a profound message. Every page deserves praise.

The Boy Who Could Keep a Swan in His Head by John Hunt is published by Umuzi, an imprint of Penguin Random House South Africa.
No comments: