Review: An Anonymous Girl by Hendricks and Pekkanen 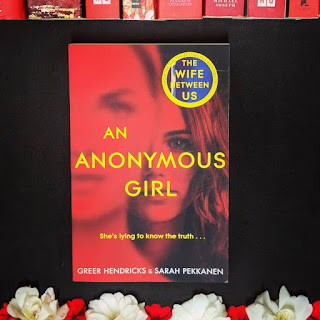 Jess is a make up artist living paycheck to paycheck until she steals someone else’s windfall. While preparing a client for a night, Jess learns of the woman’s plan to skip a paid research survey for a psych professor, forfeiting the $500 payment. Armed with the client’s name and survey details, Jess takes the plunge and shows up for the appointment, and becomes Subject 52.

After answering a series of questions around the concepts of ethics and morality, and unveiling her secrets, Jess is invited back to participate in more session, with the promise of more remuneration. Her task now goes beyond answering questions, to being a player in elaborate scenarios created to test morality, or lack thereof, in unknown subjects.

As the scenarios begin to take on a familiar and ever-more-threatening theme, Jess wonders if it is possible to abandon the study with her own morals intact.

An Anonymous Girl is a beautiful but calculated dance around the concepts of good and evil, cleverly disguised as an elaborate research project. In truth, a single motivator lies behind the entire experiment, with lines firmly drawn and crossed. As the conflicting motives of the characters collide, it is up to the reader to decide whose versions of truth, love, and sacrifice are better. In a world where there is so much to gain and lose, Hendricks and Pekkanen dissect motivation, retributions, and apathy. The competing narratives of researcher and researched make for highly tense but enjoyable reading, as we are asked to divide our attention, and our loyalties, between two compelling characters. Perhaps this duality is a result of the book being penned by two authors, each with their unique insights, giving An Anonymous Girl its unique depth of character and enthralling dialogue of narratives. Hendricks and Pekkanen clearly demonstrate that every story has two sides, but that it is not always clear which is the right one.

An Anonymous Girl is a compelling and exciting read, filled with twists and subplots, which mingle to form an easy-to-read delight that will keep you up all night as you try to discover who to believe. Whose side will you choose?

An Anonymous Girl by Greer Hendricks and Sarah Pekkanen is published by Macmillan, an imprint of Pan Macmillan.
No comments:

Review: The Absolution by Yrsa Sigurdardottir 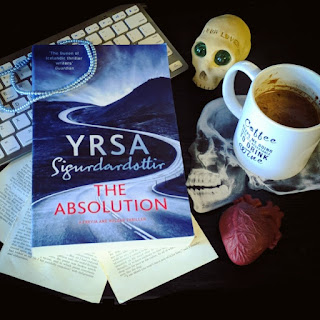 What started off as a normal working Sunday for Stella ended as a video of the teen apologizing while being violently beaten. What is Stella apologizing for, and why is she being tortured into doing it? That’s what the police need to find out while they hunt for the perpetrator. Before the police have had time to make any headway on the case or find Stella, another video of a bloodied and apologetic teen is doing the rounds on social media. This time, a young man is filmed from his home before he, too, disappears.

The police have no choice but to call in for backup, and for disgraced policeman Huldar, help takes the form of Freyja, a child psychologist who has assisted with cases in the past. As they try to unearth the motivation for such cruel crimes and the reasons behind them, it comes to light that the victims had both previously played the role of attacker with fellow students. Are the transgressions of these teens the motives for the brutal attacks?

There is something deeply unsettling about violence directed towards the youth, and the notion that it is in retaliation for horrid transgressions makes for reading that is impossible to stop. Themes of revenge, justice and brutality are strongly represented in Sigurdardottir’s latest offering, along with her trademark macabre touches, making this a study in human trauma.

As with her previous books, Sigurdardottir presents a dark portrait of the world, interspersed with rays of hope and redemption – an intoxicating cocktail for the thriller fan. Sigurdardottir’s ability to craft an elegant thriller is unrivaled – here is a study of suffering and the heavy shadows which it causes, waltzing quietly with horror and torture.

The Absolution is guided by Sigurdardottir’s finesse in crafting characters that are not simply confined by the pages on which they appear – flawed, relatable and smart, Freyja and Huldar are a powerful team with a delicious appeal. Added to this the author’s ability to make the gruesome seem golden, and a sprinkling of unexpected twists and shocks, and you have a winning recipe in The Absolution. Darkness that is crafted with such grace and care is both impressive and unsettling, and this makes for highly entertaining and thought-provoking reading.

The Absolution by Yrsa Sigurdardottir is published by Hodder and Stoughton, and is available in South Africa from Jonathan Ball Publishers.
No comments: