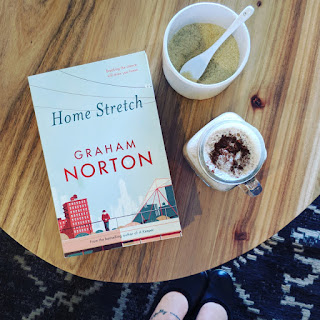 One moment changed Connor Hayes’ life forever. In 1987, he’s involved in a car crash that causes the deaths of three people. Plagued by a shame he’ll never be able to shake off in the small Irish town he calls home, Connor needs a new start, and for that, he must leave home.

What starts off as an escape from his past soon becomes a chance to reinvent himself, as Connor realizes that the secrets and shame he’s carried for so long can be repackaged and presented anew, if only nobody finds out about his past. However, in order for his new life to flourish, he must totally discard his past, and with it, his family.

As Connor follows a route to a new life, his family is left reeling at his disappearance, and they have no choice but to try move on with their lives, albeit with the extra weight of Connor’s disappearance after his fall from grace.

But Connor realizes that running away from your problems never resolves them, and despite the years that have passed, his past soon catches up to him, and he must face the family he abandoned and the secrets he hid from them.

Graham Norton is the king of a clever plot. Like his previous books, Home Stretch features an intricate narrative that’s woven across several years and several families, creating more than just a story – Norton has created an entire world, and it’s a great place to be. Under the writer's careful direction, intrigue, shocking discoveries and poetic prose merge to form an epic adventure that’s as interesting as it is tense and exciting. With several years as a talk show host behind him, Graham Norton knows a thing or seven about suspense, and he’s applied that talent beautifully. Do yourself a favour, and allow yourself to get lost in Ireland and the past, and the life-changing magic of family.

Home Stretch by Graham Norton is published by Coronet, an imprint of Hodder and Stoughton, and is available in South Africa from Jonathan Ball Publishers.

Review: All of Us by AF Carter 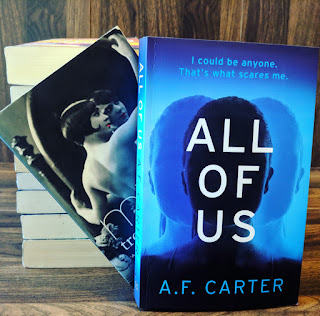 As a child, Carolyn Grand was abused by a sadistic father. In order to cope with the ordeal, she developed numerous distinct personalities. Now, nearly three decades later, only six personalities remain, and each has a role to play in Carolyn’s day-to-day life. However, when one of those personalities propositions an undercover cop, their carefully constructed life is blown apart, and Carolyn is forced into therapy to determine if she can really function on her own. Then, to add insult to injury, her father is released from prison. When he’s murdered shortly after his release, Carolyn is the main suspect, although the police are having a hard time working out which of her six personalities was actually responsible.

All of Us is a refreshing new take on a classic whodunnit – with all the suspects limited to a single body. With the added complexity and intrigue of Carolyn’s psychological issues, this book morphs into a next-level whodunit that will have you on the edge of your seat and questioning your own sanity throughout, and it’s glorious.

Carter has presented an interesting and clever way to really enter the mind of the protagonist while highlighting the struggles faced by those suffering form mental illness. Part social commentary and part classic thriller, All of Us is a neatly packaged way to get your mind working, and your adrenalin soaring. Of course, this book isn’t just about murder and mayhem; with the added dynamics of romance, drama and social commentary, it has a little something for everyone. Given that the book is fast paced and easy to read, All of Us is the perfect solution to escape the drudgery of the pandemic.

All of Us by A.F. Carter is published by Head of Zeus and is available in South Africa from Jonathan Ball Publishers.

Email ThisBlogThis!Share to TwitterShare to FacebookShare to Pinterest
Labels: #FoodforThought, epic journey, highly recommended, horror, mindf*ck, who REALLY did it? 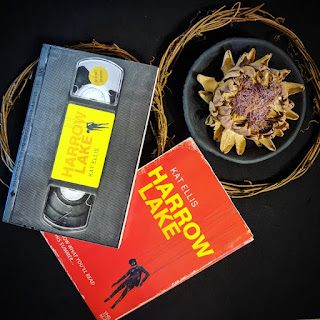 Twenty years ago, Nolan Nox directed one of the best horror films of our time; Nightjar. Set in the small town of Harrow Lake, and starring a local girl called Lorelei, the film went on to be a famous cult classic. However, not long after filming the movie, Lorelei disappeared without a trace, leaving her daughter Lola alone with Nolan. Now, when Lola is sent to stay with her grandmother in Harrow Lake, she can’t help but wonder if there’s more to her mother’s disappearance than she initially thought. Being in Lorelei’s childhood home, and retracing her steps across the town and film, Lola is surprised by how superstitious the town seems to be, and how desperate the locals are to escape – just like her mother did. In discovering the truth about her family and her past, Lola learns that some monsters aren’t just relegated to our imaginations and scary stories – but that all darkness has roots in truth.

Harrow Lake is suspenseful and fast-paced from the start, making it almost impossible to stop reading. The longer Lola stays in the town, the stranger the story becomes, until the reader is questioning not just Lola’s sanity, but their own. Dark, chilling and thoroughly entertaining, Harrow Lake is a perfect read for fans of thrillers and intrigue. A sneakily tangled and embroidered narrative flits between the real and the unreal in a nightmarish rhythm that’s as mesmerizing as it is impressive. Ellis has created a young adult novel that lacks the melodrama of the genre, instead presenting a protagonist who is mature and sophisticated, adding to the gravitas of her situation and inexplicable events in which Lola finds herself. If you like intrigue, you’ll love this book – it’s one hell of an adventure from start to finish, and I’ve no doubt it’ll be eyed for a film adaptation.