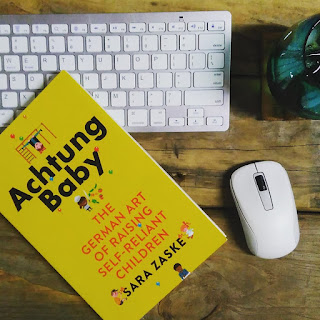 Sara Zaske may have German roots, but she’s a proud American. However, when her husband is offered a job in Germany and the family relocates to Berlin, Zaske realizes that not everything in the land of the free is the best.

Despite being in a country where her grasp of the language was questionable, and where natives have an unusual love of bureaucracy and files, Zaske discovered that there’s one thing the Germans truly excel at, and it’s not automotive engineering. It’s raising independent humans.

The mistakes of times past and mass human rights violations throughout the world wars were likely a trigger for the reformation of raising German children, but Zaske is adamant that the Germans are doing it properly. Reflecting on her preconditioned tendency to be a helicopter parent, Zaske examines what’s wrong with raising kids in the USA, and what the Germans do better.

While you may be inclined to think that one woman’s experiences and opinions hardly warrant a book praising an entire nation’s child-rearing skills, Zaske cites several studies and experts in explaining her admiration of the Germans and how they handle their offspring. Achtung Baby is an easy to read and easy to follow book that will have you reconsidering not only how families treat their young, but how whole societies do it.

If, like me, you don’t have children, don’t let that put you off reading this book. There are lessons and insights that go beyond child-rearing, and make sense of societal trends, communal tendencies, and family psychology. In short, it’s a brief study about habits of our time, and how we ingrain these in those that proceed us.

Achtung Baby by Sara Zaske is published by Piatkus, an imprint of Hachette Books, and is available in South Africa from Jonathan Ball Publishers.

Review: Everything about You by Heather Child 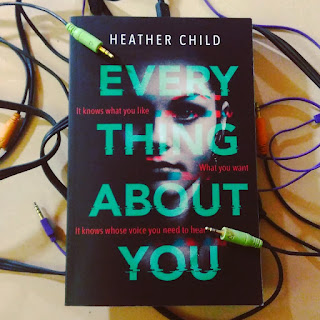 Freya’s life is not extraordinary. She works in retail, has few friends, and lives with her ex-boyfriend. Despite her mundane day-to-day existence, Freya is waiting – for something better, for change, and for word on her long-missing sister, Ruby. It’s as though when Ruby disappeared and became a ghost in Freya’s life, both girls stopped living. Thankfully, a discarded gift meant for Freya’s recluse ex makes its debut in her life instead; a top-of-the-line virtual assistant that does it all.

The smart device is programmed to work with its user’s available data, and so it knows everything about you based on what you share online. This is why Freya is thrown for a loop when her device’s interface is based on the elusive Ruby. While Freya becomes ever more enamoured with her device, she also becomes convinced that the flesh-and-bones Ruby may still be out there, and so the decade-long hunt for answers continues, with the help of modern data and algorithms. The only question that remains is at what cost does the knowledge come?

While the premise of humans becoming overly dependent on technology is not new, Heather Child presents this scenario in a fun, easy to read form. This is not a version of artificial intelligence adaption that will have you lying awake at night, afraid to use your toaster. Instead, it’s a telling look into human nature and dependency, and how both can become destructive and malicious. This is a story in which technology is not the bad guy – instead, it’s humans who plot their own downfall. You won’t need an algorithm to predict that in a world that becomes ever-more selfish and isolated, humans are the root of their own issues.

If you are looking for good-old escapism and happy endings, with a hint of drama, revelation and a twist, this is a perfect read.

Everything about You by Heather Child is published by Orbit Books and is available in South Africa from Jonathan Ball Publishers.

Email ThisBlogThis!Share to TwitterShare to FacebookShare to Pinterest
Labels: featured, YA 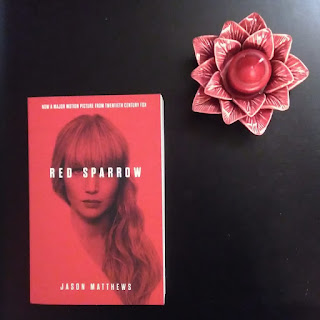 Dominika was well on her way to becoming a prima ballerina, when a broken foot promptly stomped on that idea. While she finds herself deciding what new path to explore in life, her father passes away. At his funeral, her uncle presents her with an option; work for the SVR. Become a spy.
Nate Nash is a recent CIA recruit earning his stripes in Russia, when his assignment goes awry. Facing the possibility of a career in tatters, he is sent to Helsinki to salvage his reputation and do some good.

What neither agent immediately knows is that each is the subject of the other’s investigation. Once they make this connection, however, the Game truly begins. Oh my, the twists.

Red Sparrow gets off to a somewhat slow start, but in this case it’s absolutely worth it. The story is so intricate and the plot so involved that it’s absolutely necessary to warm up before we go full steam ahead. The word ‘complexity’ doesn’t do this book justice – it’s an entire glorious world on its own.
It’s much more than just a spy novel – it is drama, intrigue, mystery, politics, current affairs and love all wrapped up into a sexy narrative that’s as immersive as it is impressive. Jason Matthews is a craftsman – his narrative is rich in detail, filled with exceptional language and brilliant descriptions.

This book will have you running through every emotion possible, but you’ll enjoy the feeling. You’re going to need several cups of coffee, because I guarantee you’ll be up late into the night reading. And if that wasn’t enough, you’ll end as I did; frantically wanting to get your hands on the next book in the series. This one is a kicker.

Red Sparrow by Jason Matthews is published by Simon & Schuster, and is available in South Africa from Jonathan Ball Publishers.