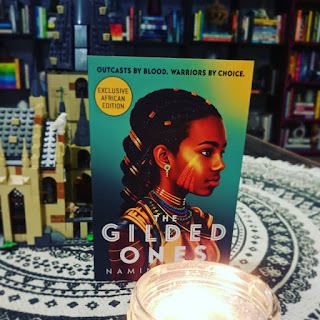 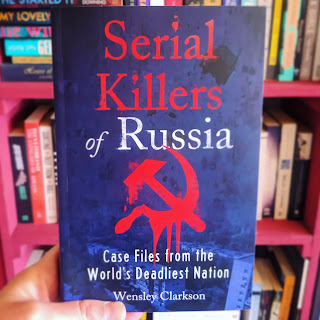 Wensley Clarkson has made a career of getting into the minds of the world’s deadliest and darkest murderers. And this time, he’s heading to unchartered territory: Russia. Serial Killers of Russia comprises the true events behind nine of Russia’s deadliest serial killers, and how these murderers evaded capture for so long.

If you though serial killers were purely an American phenomenon, prepare to be proven wrong. Just because we haven’t heard about these homicides before doesn’t mean they never happened – as Clarkson explains, it’s all due to something equally terrifying: Russian politics, and the refusal of the nation to admit to anything that might tarnish its reputation in the West.

It’s immediately apparent from the start of this book that Clarkson is incredibly confident. He claims that his experience with true crime writing and documentaries has given him an unusual and in-depth understanding of what makes a psychopath tick. Yet it pains me to say that the execution falls a little flat.

After several disclaimers of the morbid nature of the crimes, and warning to squeamish readers, this book isn’t as advertised. Perhaps it says something about the macabre nature of human interest and today’s media, but many of the crimes included in the volume are nowhere near as scary as Hollywood’s offerings. Instead, there is a glaring over-reliance on extreme adjectives which constantly forces the reader to remember that this is bad shit. But there are only so many times you can use words like heinous, gruesome or horrific in a sentence before the language loses its appeal and becomes distracting.

And then there are those inconsistencies. Despite promises of insights from killer’s minds, the majority of commentary about the mental state of these murderers comes in the form of unnamed experts, who seem to know a great deal about the inner workings of these homicidal maniacs without revealing how. Furthermore, Clarkson spends a great deal of time lamenting the state of Russian politics, and how this has affected the country’s lackluster policing. Yet his constant reminders that the Russian police force were inept and corrupt, with no interest in solving murders or putting in the work are peppered with notes from detectives, eyewitness testimonies (from sources that also remain nameless) and arrest details that prove the contrary. Altogether, this lends Serial Killers of Russia a degree of implausibility which reads more like fiction than non-fiction.

But it’s not all bad. The details about Russia’s socio-economic past are incredibly intriguing, and do wonders for helping the reader understand the various ways these killers could stalk their prey so successfully, while evading capture for so long.

Serial Killers of Russia by Wensley Clarkson is published by Welbeck, and is available in South Africa from Jonathan Ball Publishers.